The Working Load Limit is the maximum load which should ever be applied to the product, even when the product is new and when the load is uniformly applied – straight line pull only. Avoid side loading. All catalog ratings are based upon usual environmental conditions and consideration must be given to unusual conditions such as extreme high or low temperatures, chemical solutions or vapors, prolonged immersion in salt water, etc. Never exceed the Working Load Limit.

The term “Proof Test” designates a quality control test applied to the product for the sole purpose of detecting defects in material or manufacture. The Proof Test Load (usually twice the Working Load Limit) is the load which the product withstood without deformation when new and under laboratory test conditions. A constantly increasing force is applied in direct line to the product at a uniform rate of speed on a standard pull testing machine. The Proof Test Load does not mean the Working Load Limit should ever be exceeded.

An industry term usually computed by dividing the catalog Breaking Strength by the catalog Working Load Limit and generally expressed as a ratio. For example: 5 to 1.

A load resulting from rapid change of movement, such as impacting, jerking or swinging of a static load. Sudden release of tension is another form of shock loading. Shock loads are generally significantly greater than static loads. Any shock loading must be considered when selecting the item for use in a system.

Avoid shock loads as they may exceed the Working Load Limit. 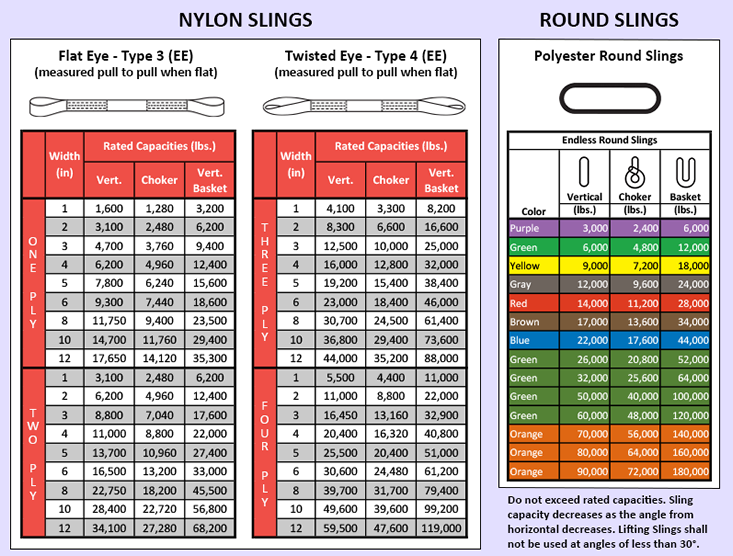 Store Hours:
Monday – Friday 8am to 5pm
Scroll to top